The MAMAs are over! (And I slept right through them O_O... I have no words to express how... WELL RESTED I am!)

It seems I missed a lot of shenanigans, but I love how the YouTube family always keeps me informed (credits to the uploaders/recorders/creators of each YouTube video posted below). There are tons of MAMA videos up already.

First, the most talented group from 2011, Aziatix... looking dapper (so proud of these guys!)  Cleaned up nicely fellas...

And their talent is not to be ignored...

I saw their concert in NYC live and they are super talented - Here's a clip of Flowsik killing a cover of Chris Brown's "Look at Me Now"... *Bows*

At the MAMAs, Aziatix won an award for Best New Asian Artist Group!  Loved their speech... Thanking God, their families and Aziaddicts!  2011 has been a great year for Aziatix and Aziaddicts!!

If you don't already love them, you should!

BEAST was a beast... Their performance was orgasmic. So good. I can't even express how good they were, so just take a look and judge for yourself (the clip includes a teaser performance by 4Minute's Hyuna and Beast's Hyunseung of their sub-group Troublemaker). The trolls are already gathering on YouTube...

Big congrats to BEAST on their award for Best Dance Performance (Male Group)!

They were definitely best dressed with their cute bow ties, velvet tuxes... nice! I can't emphasize enough how important the fit (especially lengthwise) of their pants were to completing this outfit.  The jackets were tailored so well... They looked perfect in every picture.  No critique from me.  I'll even forgive that they were a bit too coordinated... ^.^

Super Junior will always have a special place in my heart...

Their 100 men performance was certainly something, but they weren't as crisp as they usually are... :x

Also congrats to 2NE1 Best Group Vocal Performance and Song of the Year! You ladies make me proud to be a fierce-take-shit-from-nobody chick... See you in NYC!

Artist of the Year
Girls' Generation

Congrats to everyone!
Posted by JagunEsq at 12:09 PM No comments:

At 5am Eastern Time, I'll be getting up to watch the MNet Asian Music Awards, along with other crazy K-Pop fans from around the world thanks to MNet's live stream.  If you want to join this awesome watch party, RSVP and watch here!

The YG family has won so many awards toward the end of 2011, and I suspect they won't be disappointed at MAMA.

I'm so looking forward to seeing it all play out.

The ladies of 2NE1 graced the cover of the popular Japanese fashion magazine WWD Japan. They were dressed in exquisite clothing by French brand Balmain. Personally, I think they look fierce and powerful, just like their music style. 축하해(Chukahae; Congrats), Girls!

Soul behind the Story

My name is Angelica, but I'm hiding under the name hephap_hipster. My friends call me Mi Cha and the people who have known me for a while call me Geli. I'm a 16 year old Black/Dominican high school honor/AP student with the DEEP love for Kpop. My favorite artists in Korea are 2NE1, Teen Top, Infinite, Block B, 10cm, Epik High, and Dynamic Duo. I became a fan in September 2010, when a friend showed me SHINee's video for "Lucifer.
Other than music, My 2nd love is fashion. When I was in 3rd grade, I knew I wanted to be a fashion designer. After years of memorizing as many designer names and styles, I took my first class....Let's just say cutting and sewing wasn't for me. Although I can't construct a beautiful gown, I have a good eye for putting pieces together.
My dream is to become a kpop idol (don't laugh >_<), but there hasn't been days where I shake my head in sorrow as I spot outfits that the coordis should thought twice about. So I'm here with Jay unni, writing about the latest fashion news within kpop and kdramas that I see (which is A LOT).
My favorite drama at the moment is Flower Boy Ramyun Shop and the first drama I saw was Boys over Flowers. 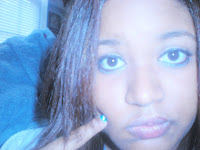 So I posted a video of JYJ's photoshoot for ELLE Magazine... The guys looked very masculine and camping ready in their chunky knits.  They actually look a bit older in these pictures and their boyish appearance seems to be long gone. Yay to manhood!

Some of you may be wondering "Can I Get It?" For a reasonable price, you can get the lumberjack look from stores like: L.L.Bean, Abercrombie & Fitch and my personal favorites, J.Crew and Ralph Lauren.  If you're a guy, think of the list below as your Christmas wishlist and if you're shopping for a guy this Christmas, please purchase from the stores mentioned below instead of knitting a sweater on your own (ahjumma)! 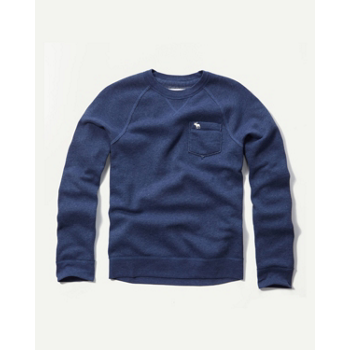 Wallface Mountain for 250USD, and the A&F skinny jeans which retail for 120USD 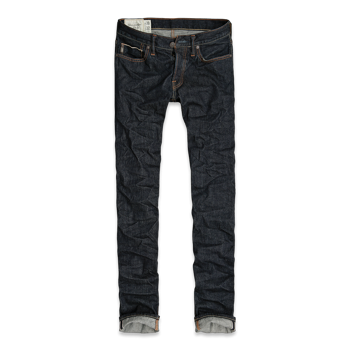 I have no idea how they do this! But in lambswool and at 98USD, this sweater is a great buy for the fall and winter.

For something a bit more casual, but still trendy from the J. Crew collection, this hooded cashmere sweater may be just the ticket (298USD).

And for those looking for a more affordable price tag, the lambswool shawl neck sweater below at 72.50USD may be perfect

This fall/winter, I visualize myself hugging someone wearing a nice warm sweater... *snuggle*
Posted by JagunEsq at 1:11 PM No comments:


This video shows some clips of their fall fashion.  Everyone showcases the trend of wearing really thick sweaters and chunky knits with sleek pants (skinny jeans) and boots.  Seems dark hair might be a favorite for the fall as well (except for Junsu's cute copper hue).  I get a lumberjack/lumberjane feel from the outfits, and thankfully a lot of masculine energy from the guys in the shoot.

Special thanks to JYJ3 and AKPF for spreading the word about the shoot!

*Please credit www.k-chic.com, if you reblog/repost and credit all pictures as captioned.

On Friday, November 11, 2011, the New York Chinese Film Festival concluded in New York City with an Awards Reception Ceremony at the stately Capitale NY.  The NYCFF, co-organized by the CCTV Movie Channel and the Chinese American Arts Council, was held from November 8-11 and included limited screenings of several Chinese blockbusters, including Sleepless Fashion with Vivian Hsu (who received "The Most Outstanding Asian Artists Award") and My Kindom with Han Geng (who received "The Most Popular Asian Artist Award").


As the New York Correspondent for AmericanKPopFans.com, I attended the NYCFF to interview Han Geng. For more on Han Geng's one-on-one interview with me, follow @AKPF and visit AmericanKPopFans.com.  AKPF will be posting exclusive pictures, video and interview details from my conversation with Han Geng (including our conversation in English over dinner).  Many thanks to Jennie, an AKPFer, who took so many of the pictures at the Awards Reception Ceremony.

As a fashionista, I adored Vivian Hsu's attire and her personality.  She was definitely best-dressed female.  She is animated, laid-back and gorgeous!

During her meeting with her fans, she wore a dress by a Japanese designer and YSL pumps in bronze. And she looked flawless.


Because her fans had been waiting to see her for several hours, she took a picture with each person, without reservation.  Her team, including Belle, were very professional and I was so impressed.

At the Awards Reception Ceremony, Vivian stunned us all again in a gorgeous one shoulder David Meister floor length gown.


She won "The Most Outstanding Asian Artists Award" at the NYCFF.

She looked absolutely gorgeous and sent a message to her fans!


She currently has a number of movies in production, including her first comedy, and she is hopeful to work on more action movies in the future!

I also had a chance to speak with Han Geng's boss, an executive who runs a conglomerate which includes movie sponsorship and music competitions.  She was very gracious and spoke highly of Han Geng.  Her company ran a show called "Super Girl" which was similar to American Idol in 2005-2006.

Special thanks to AKPF founders Kristin and Kim for trusting me and Jennie an AKPFer who took so many of the NYCFF pictures.  Kim, Kristin and Jennie, I'm taking you out for Norebang and BBQ on me, when next you're in NYC.  I love you, ladies!  K&K, your K-Pop Masters coverage is going to be epic!!

I am forever grateful to Renee Burke, Min Fan and Lucia Qiu who managed the event logistically and were available to answer all of my crazy questions. The team of volunteers and staffers made this NYCFF a success! Also thanks to Min, Marilyn Zhu from Vivaki and Maggie from World Film Report, for translating for me.  And Maggie and Julia Wang for interviewing me for CCTV.

Final thanks to Carolyn Li Liu for providing me with a much needed history conversation (and a new friend!), and Carmella McDonald for making me laugh. Let's catch up before NYCFF 2012!

I appreciate Vivian Hsu, Sun Le and Han Geng who allowed me to spend time talking with them.  They are consummate professionals, and I hope to have the privilege to talk with them again soon.

Extra special thanks to my girlfriend @MegIpsaLoquitur for hanging out with me after the Awards Reception Ceremony!  We had a ball taking glamour shots...


For those curious about the Rebecca Minkoff dress (sans McQueen scarf...)