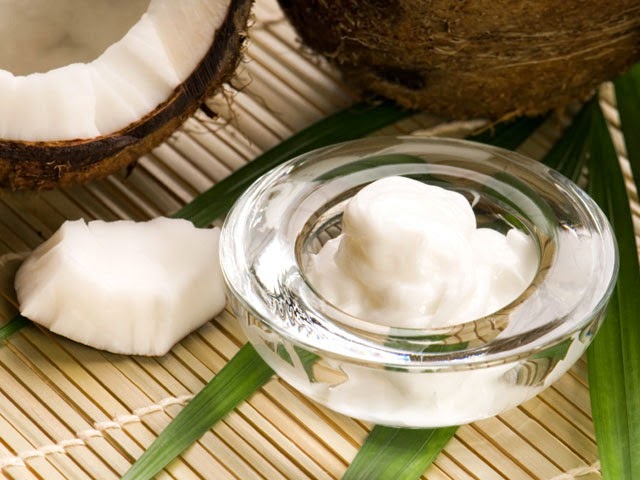 Those of you who know me relatively well, know that when I say I'm going to start a new lifestyle (kinky chic lifestyle for instance), I tend to dive in head first and border on obsessive when it comes to practicing and learning about my new lifestyle.  And this focus on purifying and cleansing my life has led me to many things including burning sage, using organic candles, shea butter soap, loc'ing my hair, and most recently: oil pulling!

For some background, according to The Chalk Board:

Oil pulling, or oil swishing is an ancient Ayurvedic [meaning: related to the knowledge of life; 5,000 years old] technique, touted by yogis as a natural way to strengthen the immune system by killing toxic yeast that makes its way from your stomach to mouth while you sleep. The science seems to stand sound: our mouths can determine non-oral health issues and unsurprisingly, dentists can diagnose acid reflux, diabetes and heart disease just by symptoms seen during normal check-ups. I was convinced and headed straight for my local specialty grocery store to invest in a jar of virgin unrefined coconut oil. You don’t have to use coconut, but I prefer it in lieu of sunflower and sesame because of its natural antifungal properties (and honestly, it tastes like a candy bar). Be warned: coconut oil comes semi-hardened so you must melt it in your mouth.

I felt results in a matter of days. My sinuses drained as I swished, I felt energetic and alert, and my gums and teeth felt much cleaner than with my normal brushing routine. (I should also mention here that you must scrape your tongue after you spit out the oil, or else you’re just swallowing oil residue with toxins in it). I’ve been doing this for a year and I’m ecstatic to say that I haven’t had one canker sore, nor gotten the flu or cold, even with the scare this season. The skin around my temples cleared up which, according to face mapping is a sure sign that there is something amiss in your stomach. Plus, I swear by it as a hangover cure: It’s a much healthier option than my usual greasy breakfast burrito. By all means, do your own research before you start oil pulling, but I can fully attest to how amazing the benefits have been for my annoyingly delicate constitution. Anyone out there willing to give this a try?

I'm sold.  I'm not a nutritionist, dietitian, doctor or dentist, but I am trying the oil pulling method because I like the purported benefits, and I like that it is in line with my goal to be more healthy in a natural way. 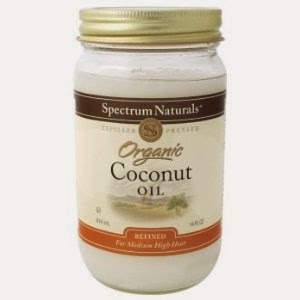 Process: When I woke up this morning, I put a heaped tablespoon of congealed coconut oil in my mouth and chewed it until it liquefied and then swished it around my mouth (after brushing my teeth). The consistency of oil mixing with saliva is weird, and I felt a little weird as I was getting ready and continually playing with coconut oil in my mouth.

After roughly 20 minutes, (gross alert) I noticed a huge glob of mucus seemed to fall from the roof of my mouth.  I figured it was time to stop. I gargled with the coconut oil that was already in my mouth and spit it out into a sink.  I had prepared a warm water and sea salt mix, and I gargled with that solution until my mouth felt clean.  I did not rinse my mouth out with plain water afterwards and my mouth felt squeaky clean!

I'm not sure if you're supposed to brush your teeth before you oil swish, but I did because I couldn't figure out how coconut oil got rid of morning breath lol.

Outcome/Results: I'm typically very hungry when I wake up because I stop eating at about 8:30 p.m. each night (reflux issues).  But I was surprisingly not hungry, even though it was almost time for lunch...  I figured this means if I want to fast for spiritual reasons, I should probably oil pull right before I start my fast and maybe a couple of times while fasting. At lunch time I wasn't hungry or thirsty, but when I drank a little bit of water, I couldn't stop drinking until I almost finished 1 Liter (33.8 fl oz).

While my friends think I'm silly for trying oil pulling because in their words: "Nobody is going to sit with oil in their mouth for 20 minutes in the morning," "You know what's great for removing toxins from your mouth in the morning: Listerine," and my favorite: "Ewwww."  I like this idea a lot.  Maybe it's not the cure-all some folks are claiming it to be, but I don't mind (see also this Snopes.com article).  It's not harmful and the process was fine for me.  Some have a less pleasant (albeit hilarious) experience when oil pulling, including this puller:

I'm sitting here trying not to gag on a mouth completely full of coconut oil diluted with saliva.

Apparently this is good for me.

Ayurvedic practitioners calls this oil pulling. It's the big, new, ancient thing -- thousands of years old, and suddenly super popular again, thanks to digital trend-setters like Pinterest and Facebook.

Oil pulling has been all over my Facebook wall for weeks now: promises of everything from whiter teeth to help with allergies to relief of chronic pain. I read somewhere it could treat cancer and AIDS. I was in open-minded awe -- until I read claims that it could improve digestive issues.

Because it's currently causing me new ones.

In fact, if you have a sensitive stomach, now is where I tell you to run. Run far away from the rest of this harrowing tale. Chances are, you'd never try oil pulling to begin with, anyway.

Maybe I need to last the full length of time, rise mind over nausea, and gargle this oil for the recommended 20 minutes.

When my husband said he'd be working late tonight, I realized I had my window; if he ever caught me doing something like this, I'd never be kissed again. Even more, I'd never stand a chance of succeeding in his presence.

You see, my husband and I both have overactive gag reflexes, to the degree that it's a contributing factor why we never plan on having more children. You try changing a molten diaper while simultaneously trapped in an uncontrollable duet of dry-heaving "huuuu-hhhs," each one setting of the next like diaphragm Dominoes. Just the memory is pushing me closer to sharing my coconut spit with the keyboard.

Speaking of, the longer you keep this oil in your mouth, the more liquid your mouth produces, and the harder it is to keep it in. My cheeks are inflated like a squirrel. Every minute is worse than the last.

Side note: I think she's prone to rhetorical flourishes, but that's what makes this so funny...

Try it! What's the worst that could happen? Well, nothing actually (unless you count the cost of coconut oil). If oil pulling doesn't work for you, use the coconut oil as a massage oil, or use it on your hair, nails or skin!