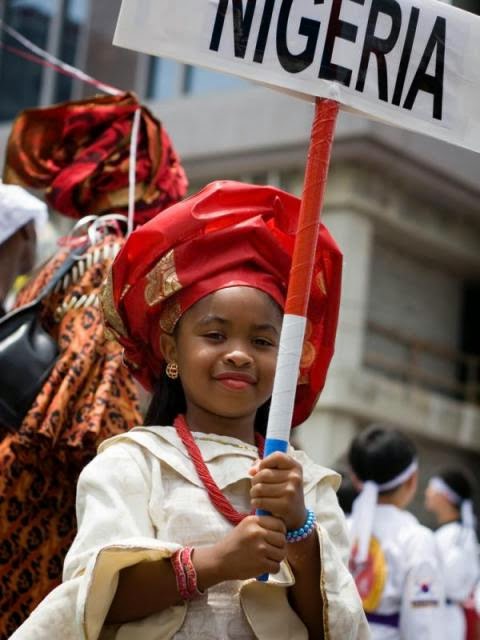 So it turns out, I may have a new career in my future: consultant on Yoruba affairs (to my friends who are dating/marrying men or women of Yoruba descent).

It's a hidden blessing that certain Yoruba actions that are expected of a young person are second nature to me.  I take for granted that being raised in Nigeria by Yoruba parents, I automatically kneel down to greet Yoruba parents, I happily run errands for Yoruba elders, and generally demonstrate to Yoruba elders that I willingly accede to their exercise of a certain level of authority over me.  It would feel unnatural not to do these things. 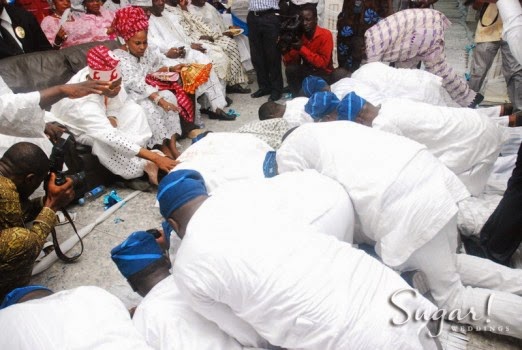 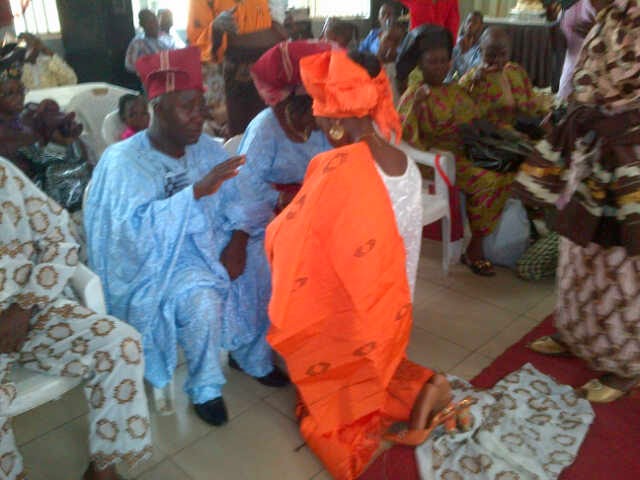 I've never considered that my upbringing and my familiarity with Yoruba culture could actually be beneficial to anyone.

For a while, I actually intentionally distanced myself from my Yoruba heritage because I was ashamed of it.

In high school, when my new classmates learned that I recently emigrated from Nigeria, they asked how I was adjusting to walking to school and sitting in a class.  I thought they were just being friendly, but they weren't. When I responded that I've always gone to school, they pretended to be shocked and asked if it was just as fast to swing on trees as it was to walk to school.  I couldn't even respond. 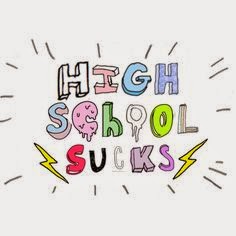 I was teased even further when my classmates asked me to stop acting like an "Oreo".  I remember thinking: "How does one act like a cookie?" I felt so confused.  I had no clue what that meant and it must have showed on my face because my classmate then explained to me that because I spoke with a "fake British accent", it made people think that I was ashamed of being black on the outside since I was really white on the inside.

I remember going home crying. I had never had anyone challenge my blackness before.

And then there was my weird, long name, Adejumoke. (It is pronounced phonetically: Ah-deh-jew-mow-keh!) Anyone who knew me in Nigeria, knows how much I love my name. My name has such significance in my family.  As the last of five children, it is easy to feel (or be) overlooked, but I never felt that way.  I felt very loved and I think it is in part because of my name. Everyone back home is familiar with the structure of my name "Ade" (Ah-deh) is a prefix that each of my siblings has and literally means "crown".  It signifies royalty and it connects me with everyone on my father's side of the family. "Jumoke" (Jew-mow-keh) means that everyone came together to love and care for me. Apparently, there was some disagreement in my family before my birth, but my naming ceremony brought everyone back together and restored the family. 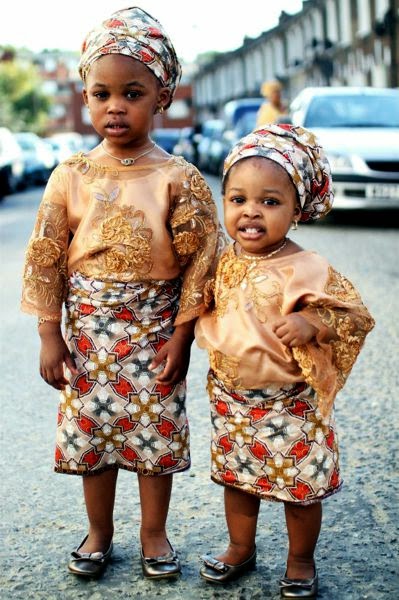 There are many nicknames that go with my given name such as Jummy, Jum-Jum, Keh-Keh, and especially for me Jay Jay since my family name starts with a "J". Family and friends in Nigeria often called me by these nicknames, but they knew the source of the nicknames.  They knew my real name, so it didn't feel as though I was ignoring a part of my history or culture by using a nickname.

I wish someone had sent my teachers a memo about my name before I came to the U.S. I think they never quite knew what to make of me or my name.  Aside from being 14 in the second semester of 11th grade and graduating at 15, I was often sitting in the back of the class at a table by myself because I was either the only student or one of two students in whatever was the honors version of my classes.  Technically, I should have been in the Magnet program but because I was transferring from Nigeria, I was never quite looped into the system.

Roll call was the worst of times.  Every time a teacher got to my name during roll call, he would take a long pause.  Invariably after the long pause he would spell my name out loud.  If I could have turned red from embarrassment, I would have. After a few days, when my teachers would pause, I would pipe up and say "That's me.  It's Adejumoke or Jumoke.  But I go by 'Jay Jay'."  Eventually, this evolved to Jay since my classmates decided that I reminded them of JJ from Good Times and they added "Dynamite" every time they said my name. *Ugh*

It just felt easier to not be Nigerian or Yoruba.

To add insult to injury, in my 20s my then-partner who was also Yoruba seemed to turn his disdain for Yoruba culture on me and was eager to Americanize me. (Self-hate is real.) I was not allowed to speak my language because it made me sound poor and no Americans would want to be friends with me.  I was told that I spoke English with an accent and that I would be judged for it. I was chastised often for not being American enough.

At a certain point, I felt willing to lose every part of me that was Yoruba.

But in releasing myself from that partnership, I rediscovered my roots. I feel happy to reconnect with my Yoruba heritage.

I've spent the past three years learning about my culture again, and it is as though I never really fully left it. I spend time asking my mom about natural remedies and there is such a wealth of information that I had never considered.

And this weekend my Yoruba upbringing came in handy at my close friend's wedding.  The wedding was beautiful and I had a blast.  My mom would have been so proud if she was there.  I was kneeling down, getting drinks for my new brother's mom, joking around with my new brother's mom in full on Yoruba and we even ended up dancing to King Sunny Ade's Ja Funmi (Fight for me) and Wizkid's Pakurumo (It is a slang for dance and have a good time).  It felt amazing and I feel blessed by it.  It felt natural.

So... if there's anyone out there in my network who needs advice regarding any Yoruba matters, let's talk! I found such joy in this experience that I'm opening myself up to it.