The First People In China Were Black! 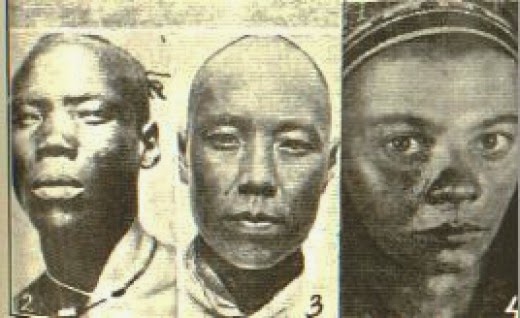 Andrew sent me a link to an article on the website Kulture Kritic, and here's an excerpt:


In 2005, DNA testing proved that the first inhabitants of China were black Africans. The study was conducted by a Chinese DNA specialist named Jin Li and a team of Chinese and other scientists. Li admits that he wasn’t trying to prove this fact, instead he initially wanted to prove that the Chinese evolved from hοmo erectus independently of all humans. After collecting more than 12000 DNA samples from 165 different ethnic groups, Li and his team found that early humans belonged to different species but modern humans had descended from the East African species.

One scientist on the team, Li Hui, said that 100,000 years ago humans began migrating through South and Southeast Asia into China from Africa. Their testing showed that 65 branches of Chinese all carry similar DNA mutations as the people of Southeast Asia.
Another scientist on the team, Jin Li had this to say about their findings, “we did not see even one single individual that could be considered as a descendant of the hοmo erectus in China, rather, everybody was a descendant of our ancestors from Africa.”

Clearly I'm late to the party, since these findings were made in 2005.  Maybe this explains why I love Korean and Japanese culture as much as my Yoruba culture lol. Maybe I'm not so far off after all...

I plan to spend my weekend reading up about this.  We are the original people.  Why are we hated so much?